Return from the Summit 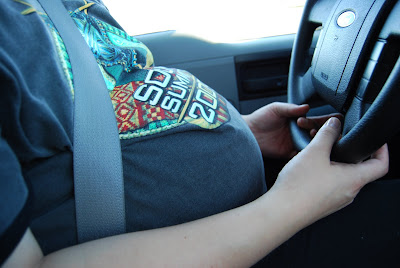 It’s been a crazy ride ’round here the last few weeks. I stopped teaching my ceramic classes the first week of August and left two days later for Portland. This show was nerve wracking. I worried I wouldn’t get enough finished in time, I wouldn’t sell enough to make trip worthwhile, and frankly we worried about having a baby in Portland. Unknown quantities are always scary, but especially one three days journey away and while I’m 35 weeks pregnant. All of our worries were unfounded. The husband and I worked very hard to get kilns loaded on schedule and we actually left EARLY. We arrived on Sunday and spent the beginning of the week with old friends and family. On Thursday I transferred to a hotel and the event began. It was a whirlwind of activity. The market place had rather long hours so most of the time I was at the booth meeting many wonderful people. After hours I was able to spend time with old friends and see a little bit of Portland. There were many outings to Voodoo doughnuts. I think I might have consumed my doughnut quota for the year in a matter of days. The event ended on Sunday and my dear husband and wonderful friend packed up the booth while I went off to the luminary panel. It was the perfect end to the event. On Monday we began the long plod home. It took three long days and I’m quite sure I won’t be doing that again soon. Now that we’ve returned I’m trying to get all the special orders finished from the event and get ready for the baby.

Special Note:
If you were at the event and were unable to get one of the limited edition Sock Summit mugs I am taking orders for the second run. The mugs will be slightly different and will be marked as second editions. If you are interested in getting on the list please email me at jennie(at)jenniethepotter(dot)com

Author: Jennie
Filed Under: Uncategorized
Darn! I left my canteen in the truck.
The wait is finally over!

6 thoughts on “Return from the Summit”